Guyana’s new president is 75 years old, his white hair wispy, his impatience apparent. Britain, with help from the United States, has thrice removed him from leadership positions to which he had been fairly elected. Thirty years have passed since the last time he was, as the New York Daily News gloatingly put it, “butchered out of power.” Cheddi Jagan may not be angry anymore, but his abruptness makes it obvious that he has little respect for the US or for American journalists. 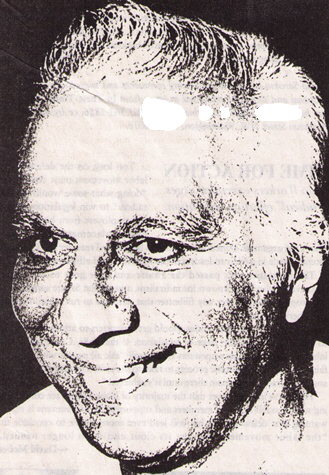 Guyana’s most recent election, on October 9, 1992, was not another force-and-fraud mockery. Jagan attributes that only minimally to attitude changes at the US State Department. He gives most of the credit to former president Jimmy Carter, who headed the international monitoring team. Carter made several common-sense decisions that saved the election from being aborted, and it was only Carter’s personal courage in standing up to and then calming down a mob of opposition rioters that kept the polling in the Guyana capital of Georgetown from being closed. Consequently, South American’s only English-speaking nation had its day of democracy. The voters handed Jagan and his Progressive People’s Party what they had tried to give him 30 years earlier: the chance to lead an independent Guyana.

Jagan’s wife, Chicago native Janet Rosenberg, summarized what the Progressive People’s Party stands for. “The first twenty years we were a populist party,” she said. “In 1970, we decided to call ourselves Marxist, and in the Eighties we went back to calling ourselves populist. But our focus has always been the same: democracy and a higher standard of living for the people. Basically w e just want to improve the lot of the people.”

The word “democracy” runs like a drumbeat through the president’s answers to questions. “There can be no development without democracy. We will put into place elected government at all levels–municipal, regional, and national.”

But saying that democracy would solve Guyana’s massive economic problems seems as airy as saying that love is the solution to war.

Pressed further, Jagan elaborates: “We will involve people at all levels and take advantage of their creativity, setting up citizens’ committees in every community, getting farmers and workers involved in running their own set-up. For example, two years ago it was decided to close two sugar mills and withdraw 12,000 acres from sugar production to grow other crops. But employees were not even consulted. We want to involve workers in decision-making.”

Jagan will not repeat mistakes of the former Soviet Union. “What stifled the Soviet economy was its bureaucratic, command-type government. That’s what we had here. Every level of government was controlled by the ruling party–by fraud. Now we have an elected, democratic administration at the national level, but we will be going beyond that. People must not vote just every few years. They must be involved every day in the affairs of the country, involved in democratic citizens’ committees where they will organize projects, cleaning up and policing their community.”

Jagan addresses the subject of money dismissively. “There’s a lot of money available for rebuilding infrastructure at the local level, from both government and non-government agencies,” he said. In Jagan’s view the resources are there, always have been there. The things missing were grassroots organizations powerful enough to ensure that the existing resources were used to meet the needs of ordinary people.

Since graduating from Northwestern University’s dental school in 1942, Jagan has spent 49 years doing grassroots organizing in Guyana. Now that he is president, he says, rather wearily, that he will simply continue trying to get people involved in organizations that are structured to give them the collective power to shape the political, economic, and social forces that affect their lives.

With dogged persistence, Jagan plods on. His popularity and party support are now stronger than when he was driven from power. This presidential victory, he says, is just one more step in the struggle. He and Janet, who at 72 remains a full and active partner in their political life, both insist that grassroots democracy works, and that when put into practice it will enhance the social and economic well-being of the people who practice it.

President Jagan concludes his interview with obvious relief. Perhaps he has grown tired of trying to explain the advantages of grassroots democracy to people from a country where it is rarely practiced, let alone seen as a route to economic prosperity.