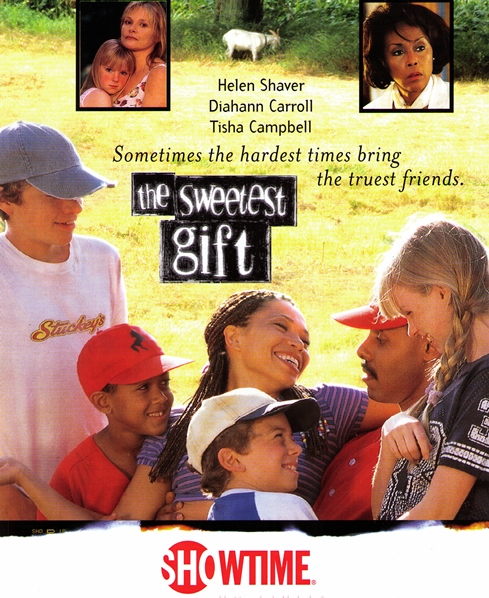 Review from the Hollywood Reporter, February 1998

Although initially this “Showtime Original Pictures for Kids” movie about families and racial attitudes looks like it’s going to be just another sappy morality tale, it delivers a tremendous emotional punch while making some very important ethical and social points along the way.

Working from Rosa Jordan’s eloquent, restrained script and benefitting from Stuart Margolin’s patient and caring direction, a superb cast is led by Helen Shaver in a moving performance. She is a single mom bringing up three kids in rural Florida. Her portrayal and the story illuminate the values that mainstream America cherishes most.

Airing as part of Showtime’s Black History Month Celebration, The Sweetest Gift features outstanding performances by Diahann Carroll and Tish Campbell as neighbors and Dylan Provencher, Kristin Fairlie, and Marc Donato as the children. It is indeed a gift.